"Do lecturers get nervous?"

I have been asked on more than one occasion the question "do lecturers get nervous before lectures?" So I thought I'd pull together to a few answers to potential questions like this. 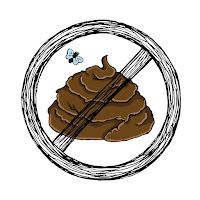 1) Do lecturers get nervous before lectures?

Answer: Yes indeed some do. This is because they are animals closely related to humans and they have feelings, similar in a number of ways, to humans. To get stressed and nervous, to one degree or another is a common feature of animals including humans and lectures.


2) Do lectures get sad when told their lectures are rubbish?

Answer: Strangely some do. It is not fully understood why, but it could be the many hours they put into it combined with some genetic materials in common with humans.

3) Do lectures go to shops?

Answer: yes I often see the Tweet or hear the words "I just saw Dr X in xxxx (name of shop)" and also I have heard the comment "I just saw lecturer x walking along the street". Both of these phenomena are entirely possible. Like humans, lecturers sometimes have to move from one physical space to another. Often this involves walking or other form of transport. In fact some lecturers have dens, called "homes" where they go at night for shelter. These are often "off campus" and so they have evolved methods to get from Uni to their den and this sometimes involves some element of walking.

Answer: (A) Indeed they do (not clinical lecturers obviously). Shitting is a naturally evolved process common to many types of human and animal. (B) Usually this is Done in private, and so reports of such activity are generally rare.


5) Do lecturers have to spend much time preparing lectures?
Answer: Same answer as (4B).


6) Do lecturers mate?
Answer: No. No they definitely don't do that. They just appear on campus one day.

Posted by Dr Richard Barrett-Jolley at 9:50 am No comments: