The BBC report that comrade Sergei Skripal was poisoned with a nerve agent VX, and now we hear this is novichok and that “technically this is a nerve toxin”. Shocking. Shocking that the Science coverage can be so bad. For goodness sake “nerve toxin” is the “technical” term?? Seriously that is a classic case of the science bit having ….no science it. ….like a VSCI200 lecture. Shocking. This is, literally, the BBC’s full explanation: ”What are nerve agents? They are highly toxic chemicals that prevent the nervous system from working properly, and can be fatal:” Anyway, some waffle; then some science from me:
Russia must be a great place to be a pharmacologist. Not only are they making pharmacology a sport they are making sport, basically, pharmacology. Russian sports stars seem to dine on nothing but drugs; who needs milk and sugar on their cereal when they could have vodka and meldromium? 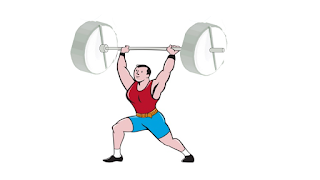 AND of course, the Ruskies have a long proud history of exotic poisoning…. That Bulgarian (Markov) killed with a ricin-tipped umbrella on London bridge, Hugh Gaitskill also to make way for Harold Wilson, and of course, poor Mr Litvinenko; Wall Street Journal and Business Insider lists a load of others too (they would).
Now Sergei Skripal. So questions: Why did they use novichok? and how does it work? How is it treated? What are the biological unknowns?

Why novichok? Well there is the political interpretation of which I am not qualified to answer. I am guessing they didn’t like him much (!) and wanted to make a very public statement that the KGB NEVER forgets. …but pharmacologically, novichok is very similar to VX and the magic of that, over say, sarin, will be it’s so-called ”*logP*” that’s a measure of how fat soluble a drug is. It’s one of the foremost chemical properties you think about when using drugs (medically). The point being that the more fat-soluble a drug is, the better it absorbs through the skin. VX itself has a much greater logP than good old fashioned sarin. Sarin would need to get in the body through mouth etc, but VX ought to absorb straight through the skin. That’ll be why. The next level of “why“ is why this family of drugs (organophosphates)? So many poisons,so little time. I don't have a crisp answer for this, but a guess: This family of drugs, the “organophosphates” were originally developed as pesticides. Most neurotoxic drugs are developed for research in minute quantities and quite tricky to deal with. The organophosphates were originally developed by the absolute bucket load and even dropped from planes. So it stands to reason that it must pretty easy to make in the large quantities you would also need for warfare. Yuk. What a thought.

How do novichok/VX/sarin work? Well that’s widely reported. Nerves communicate (signal to one another and to muscle) by release of “neurotransmitter” chemicals. …and it is important for this function that they act fast and are then removed from the system. In this case we are talking about nerves running to two major targets of interest, the diaphragm to allow breathing and the heart. The chemical in question is acetylcholine. When you breath, acetylcholine is released from the nerves and acts on (for example) the muscles of the diaphragm brings air in and out. The acetylcholine is then REMOVED from the tissue by the enzyme “acetylcholinesterase”. If it is not removed the muscle stays locked up and can’t relax…. you therefore can’t take another breath. Meanwhile, back at the heart, the heart rate would tend to increase to get some more of that oxygen-depleted blood around the system…. but it can’t, because acetylcholine, now at excessive levels acts at the heart to actively slow it. Usually, any ACh wafting about in the body is broken down in milliseconds in the actual place it is released (brain, heart, lung/diaphragm)… or just seconds if it over-spills into the blood. Now it is washing about slowing the heart and halting the breathing. Other effects? Of course, I anticipate some confusion, salivation and even stomach cramps…

How is it treated? It is widely reported that Vx and sarin are treated with atropine. This is a cheap and cheerful drug we use ourselves a lot experimentally (It speeds the heart in an interesting and predictable way). It is pretty safe, I have even seen a whole class (not mine!) given atropine as part of a class demonstration. It was originally a natural chemical extracted from belladonna. The story goes that Roman… ummmm… lady people in the “entertainment” industry of the time put it in their eyes; the pupillary dilation apparently conveys the impression that the wearer is full of lust? You know that look? …no me neither. Now a biological unknown. HOW atropine treats novichok/VX/sarin poisoning is NOT entirely clear. Let’s back up: Acetylcholine acts on two different classes of the target protein (“receptors”); so called muscarinic and nicotinic (yes nicotinic is the target also activated by cigarettes). The first of these targets (muscarinic) is found on the heart; the second (nicotinic) is found in the diaphragm. Yes, you will hear heaps of experts trotting out to tell you that it blocks the action of acetylcholine right? Wrong. Yes of course it does; but it only blocks muscarinics and typically you die to of nicotinic actions in the diaphragm. So this is my point (eventually); one expert after another trots out to explain that the muscarinic blocker atropine works by blocking the actions of acetylcholine even though they must know the fatal actions of novichok/sarin/VX mostly do no involve muscarinic protein targets!! So how does it really work? No one knows. OK, there is literature to suggest that, in contravention to 100 years of pharmacology, atropine has a small degree of “off-target effects” on the “wrong” type of acetylcholine target and this is JUST enough to save someone’s life. Other benefits will be that it speeds up the heart, under these circumstances that's a good thing. …the other unpleasant effects, salivation and cramps will be dealt with by atropine’s accepted actions. Of course (no time to check literature, but off the top of my head) oximes are also used. These seem to bind the organophosphate (VX/novichok/sarin) and take it out of action. Next, you’d have to keep people on a respirator until the agent eventually gets metabolised and clears. Eventually it should!!! Hang on in there guys.